CANTA e CAMMINA – Sing and Walk! – 12 May at 7pm ~ The Gozo Choir Schola Cantorum Jubilate at The Augustinian Cloister #Rabat Experience an ‘emotional parable’ where spiritual music, a guided tour and a professional reading for a magical night. Book your place today as places are limited. An exclusive event. Book at … END_OF_DOCUMENT_TOKEN_TO_BE_REPLACED 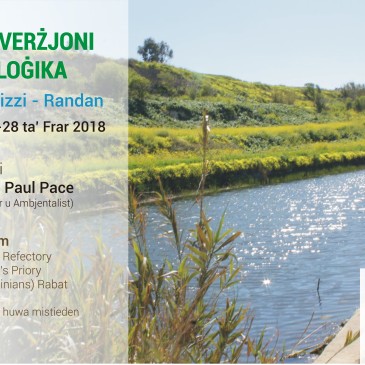 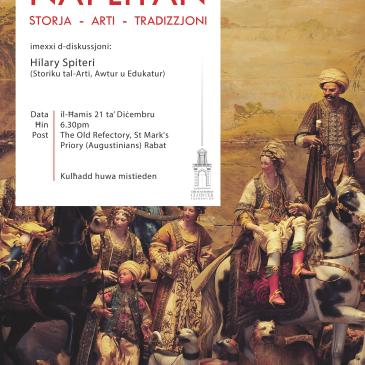 Il-Presepju Naplitan Hilary Spiteri The Neapolitan crib has for centuries intrigued artists, historians and collectors alike. Its history dates to the early sixteenth century, emerging as a highlight in times of Catholic renewal. The Neapolitan presepe reached its zenith in the eighteenth century during the reign of Charles VII of Bourbons, King of Naples, later to … END_OF_DOCUMENT_TOKEN_TO_BE_REPLACED

On 7 December 2017, another successful Christmas Carol Concert was held at St Mark’s Church in Rabat. This year the St Monica Choir sung during the Christmas Carol Concert. Funds were collected in aid of restoration projects at St Mark’s Priory and Church. For more photos: https://www.facebook.com/pg/stmarkschurchrabat/photos/?tab=album&album_id=2023616051184152 The Augustinian Cloister Foundation VO/1471

Calendar of Events – The Augustinian Cloister 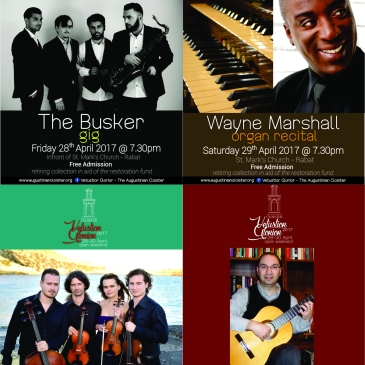 The Augustinian Cloister Foundation (VO/1471) has the aim to create a space of encounter between culture, art and faith in St Mark's Priory, while appreciating its baroque architecture, its artistic expression and history. It is an opportunity to cherish the life and enthusiastic experience of faith lived and shared by the Augustinian Community in Rabat Malta.